Great news for Brisbane property investors as REIQs recent quarterly report (below) again places the Brisbane market as strongest in the state.

Brisbane reached new highs with median house prices growing 1.6 per cent (6.1 per cent on 12 months ago) representing 14 consecutive quarters of growth, and no sign of easing with total listings increasing for the December quarter by 6 per cent.

Included below is REIQs full market commentary for the December Quarter… 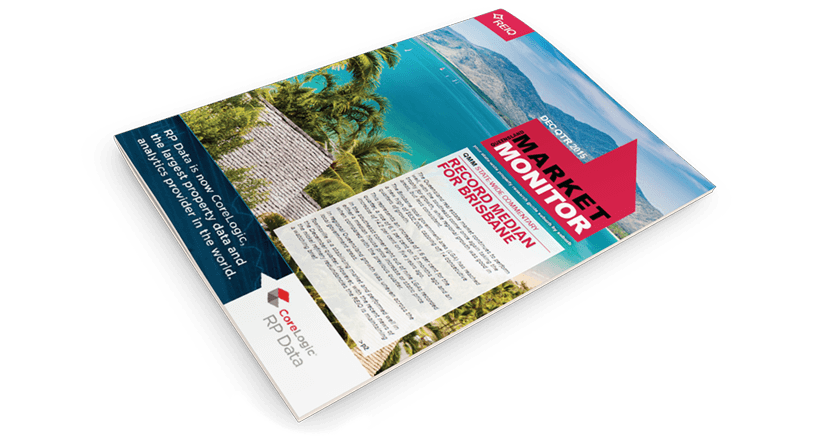 The December quarter is traditionally a quieter quarter in real estate, however Brisbane’s December 2015 quarter was reasonably busy, with growth in the median house price pushing to a new high and improving on-the-market conditions.

Anecdotal evidence suggests there is continued interest from Sydney and Melbourne buyers who are drawn to Brisbane’s affordability. The purchasing power of a property within Brisbane’s 10km radius compared with Sydney or Melbourne is stark.

Consequently, days on market are the shortest in the state, at 59 days, up from 56 days last year. Vendor discounting has remained steady at 5.5 per cent and apart from the Gold Coast, Moreton Bay and Logan, this is the lowest in Queensland.

Inner city apartments are attracting the lion’s share of investor interest, however, housing in the middle ring has been thriving also.

While talk continues to swirl around an oversupply in the apartment market, the data does not support those conclusions. Market conditions are consistent with a healthy balance between supply and demand levels.

This growth is in line with recent trends and stretches out Brisbane’s growth to 14 consecutive quarters of positive growth (based on rolling 12 month median prices).

Suburbs such as Clayfield, which is seven kilometres from the CBD, broke into the million-dollar suburb list with a new median of $1,080,000, up 29.3 per cent on last quarter and up 17.6 per cent on 12 months ago.

Other suburbs to crack the million-dollar club this quarter include Hawthorne, Wilston and West End. The busiest price point remains the $350,000 – $500,000 bracket and listings are harder to come by as agents report difficulty keeping the cupboard well-stocked.

Brisbane’s unit and townhouse market was softer this quarter, with the median sale price slipping by 2.1 per cent, to $429,000, and sales activity down 16 per cent.

Speculation has begun to mount that the inner-city apartment market may be oversupplied, however, the REIQ does not see evidence of this yet. Rather, the December 2015 data is in line with historical December quarters which have usually been quieter.

Local agents indicate strong levels of interest in this part of the market, particularly from southern and overseas investors. The flow of apartments is steady and is not overwhelming demand yet. Whether this changes will remain to be seen.

Local agents are also reporting that negative gearing chatter is impacting on enquiry levels, however, it is too early to tell if that will translate to a significant impact on sales. The March and June quarters will be more revealing.

The Brisbane rental market has eased from 2.8 per cent to 3.1 per cent, and this remains within the healthy range.

As mentioned previously, the December quarter is usually the quietest month for the rental market so a dip is completely in keeping with historical trends.

The inner city market, 0-5km ring, eased to 3.8 per cent, further fuelling speculation of an oversupply, but the March and June quarter data sets will shed more light on this.

We are seeing steady trends across the rents, with three-bed houses, two-bed units and three-bed townhouses all holding steady this quarter.

Gross rental yields are at 3.5 per cent for houses and 4.8 per cent for units and this is a good indication of a steady market where supply and demand factors are well balanced.

The consistent price growth and high rental yields, exhibited by the Brisbane market, continue to attract property investors locally, interstate and overseas, and we believe while prices remain affordable the strong demand will continue.

Considering an investment property and want to make the right choice?

Any advice contained in this website is General Advice and does not take into account your objectives, financial situation or needs. Before acting on any General Advice, you should consider whether it is appropriate in light of your particular objectives, financial situation or needs. If the advice relates to acquiring a particular financial product, you should obtain and consider the Product Disclosure Statement (PDS) for that product before making any decisions.